The MZU Sports Department is headed by the Assistant Director of Physical Education with three Coaches, one  section officer, one UDC, one LDC and one Peon. The Sports Board under the Chairmanship of the Registrar, Mizoram University, and various members from within the state, arranges for different sports programmes for both within and outside the University which are then implemented by the Sports Department. The Department further plays a key role in taking the initiative for the development of sports activities within the State, and participation in the East Zone Inter University Sports and All India Inter University Sports. 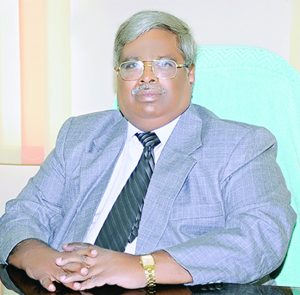 It is a matter of honor and immense pleasure that destiny has given me an opportunity to lead Mizoram University. Higher education scenario globally has witnessed a significant change in approach and a remarkable growth.  Read More